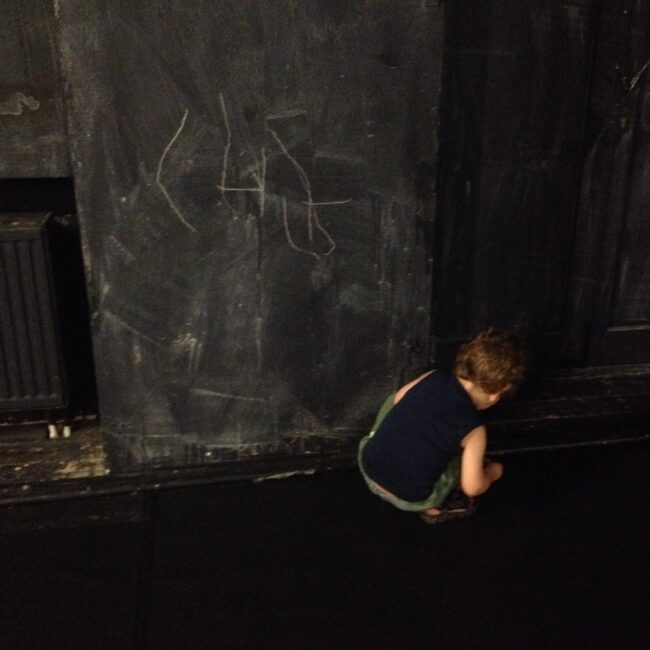 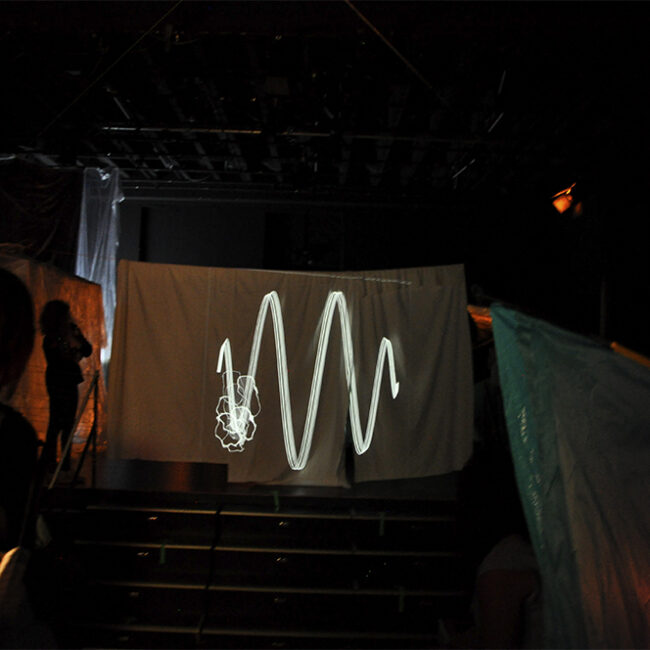 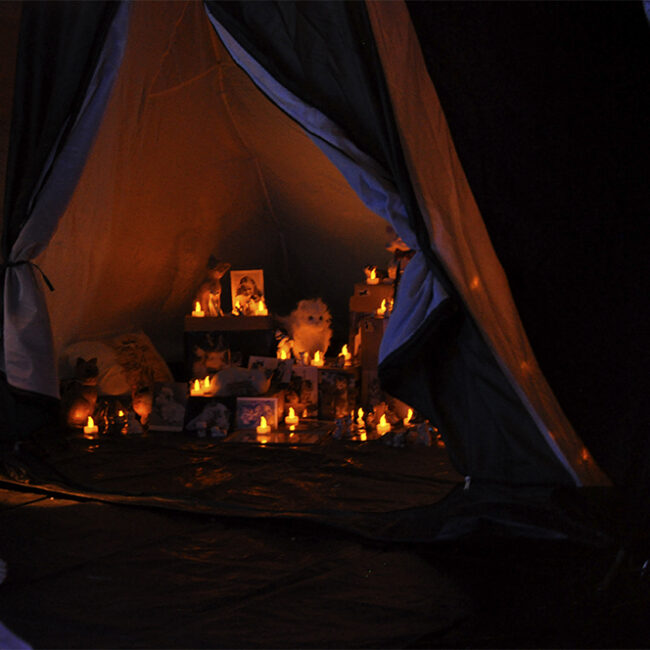 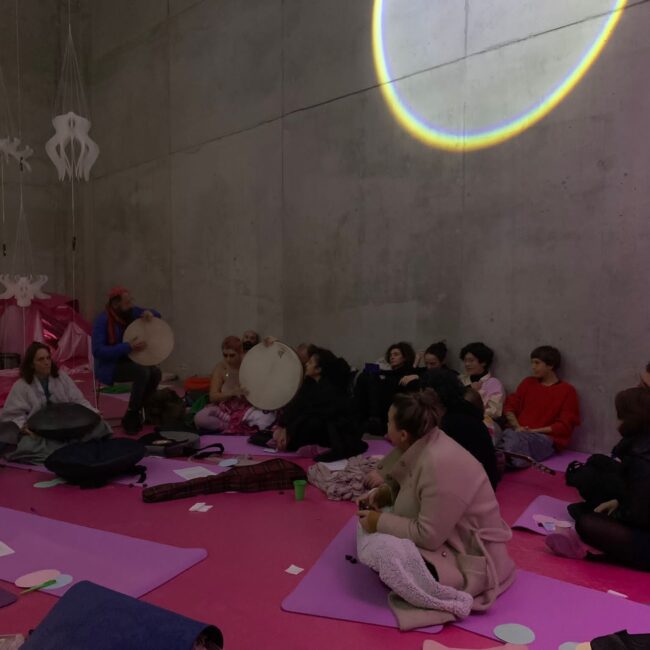 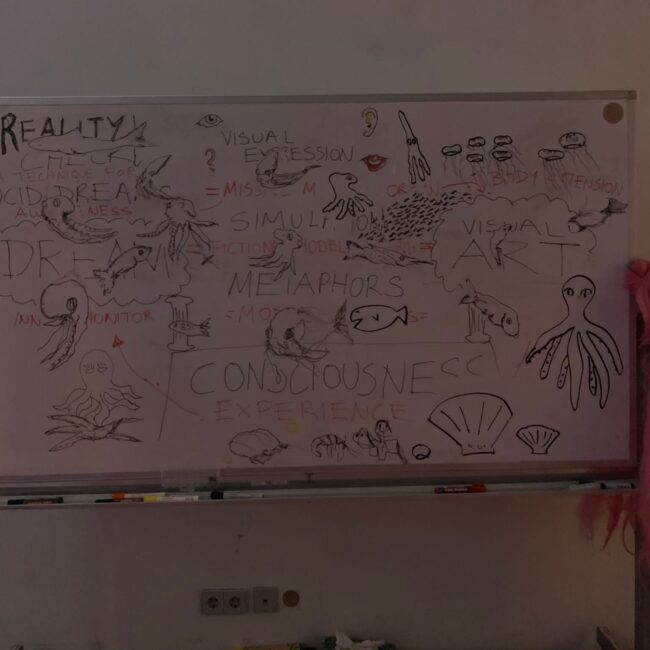 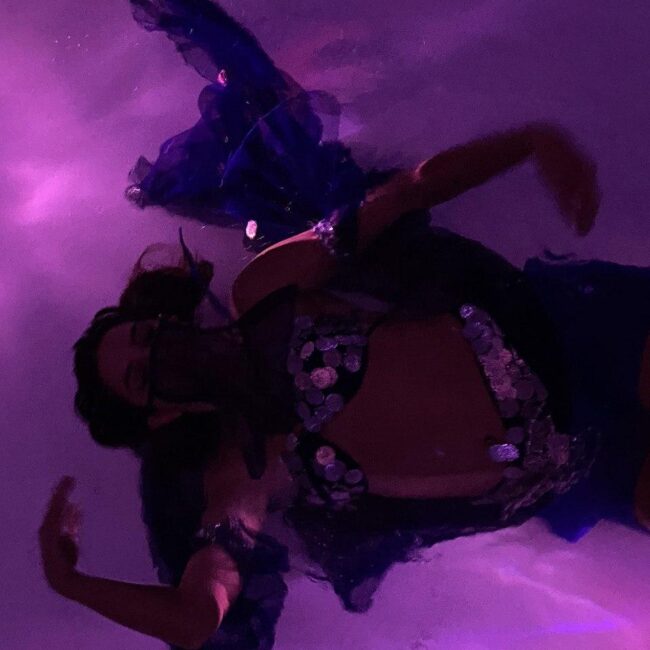 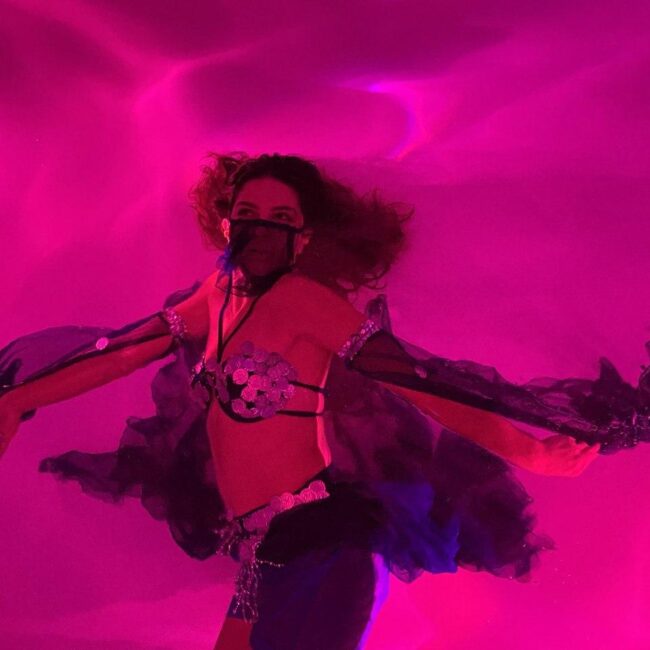 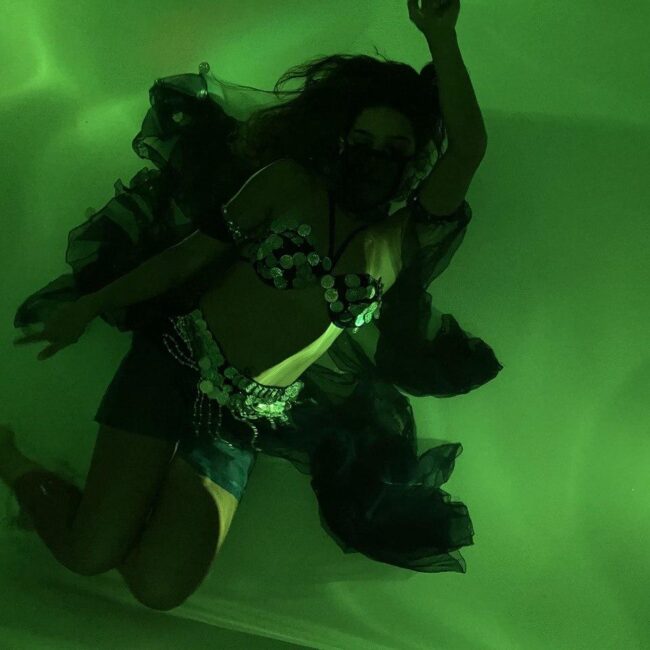 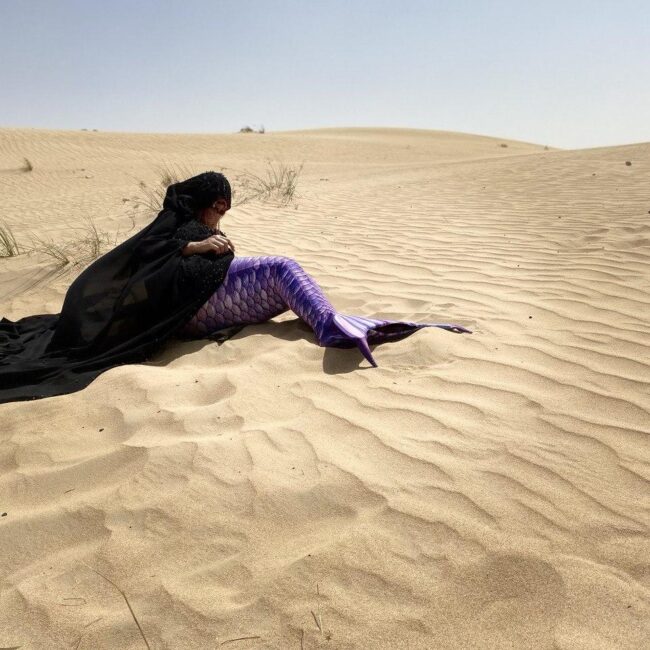 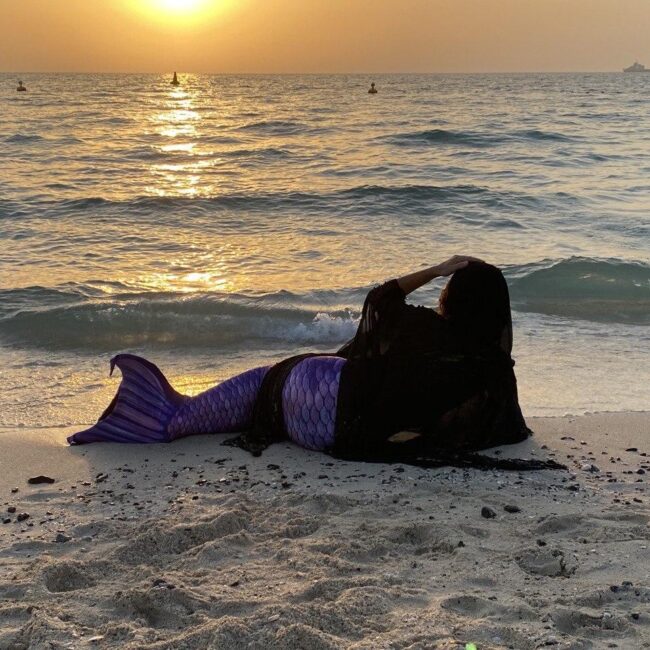 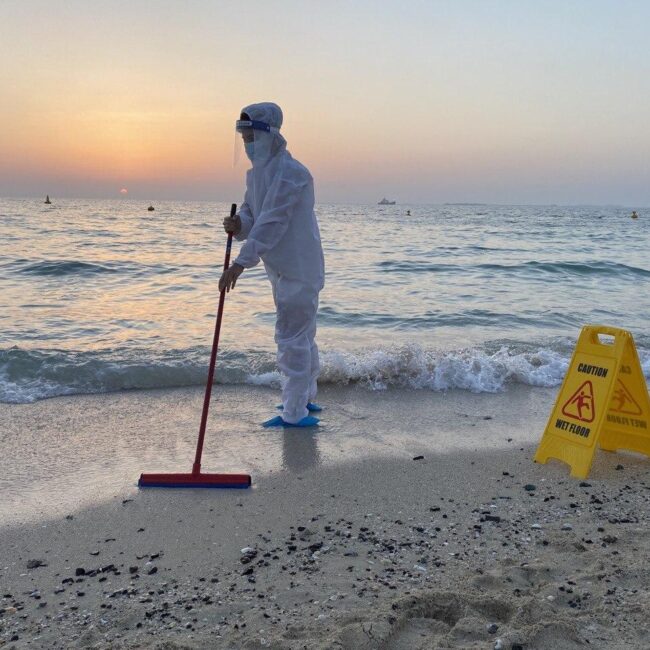 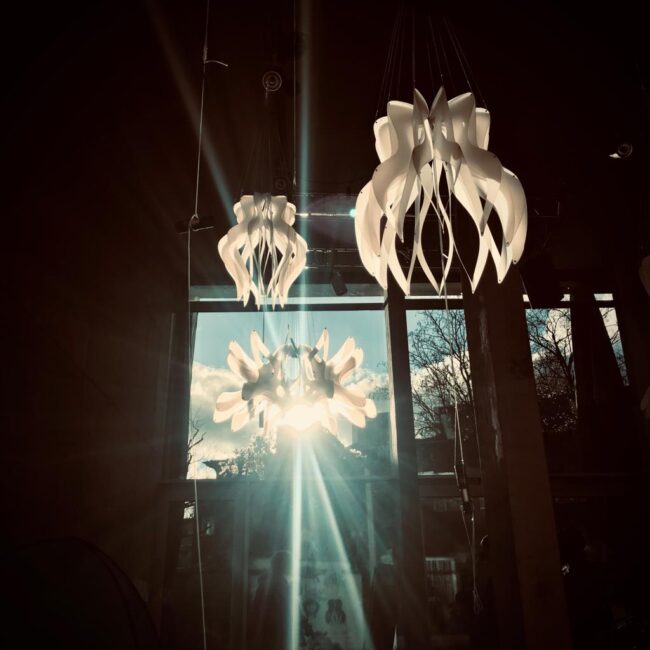 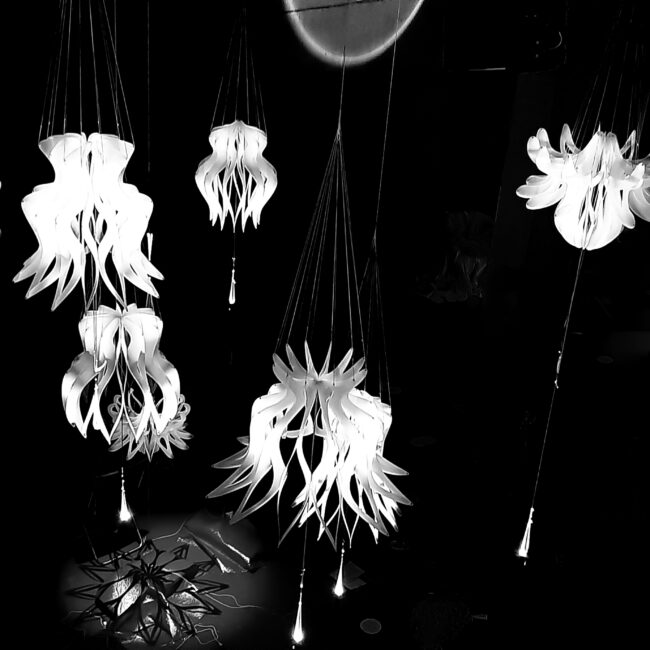 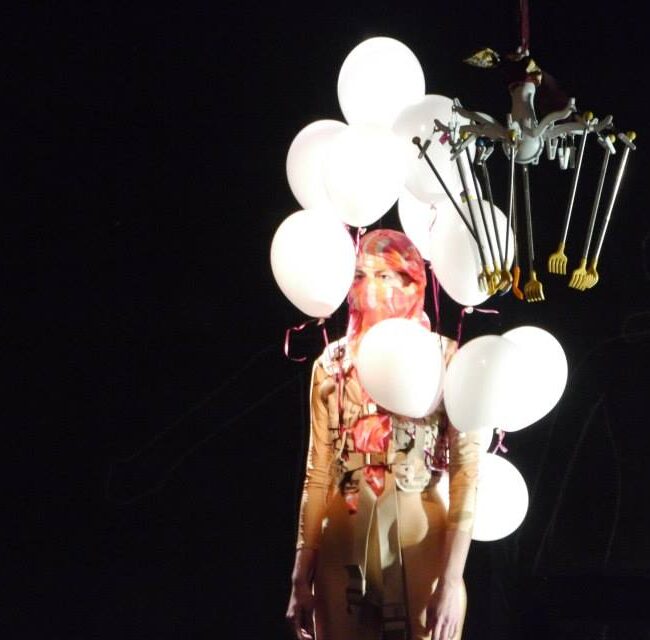 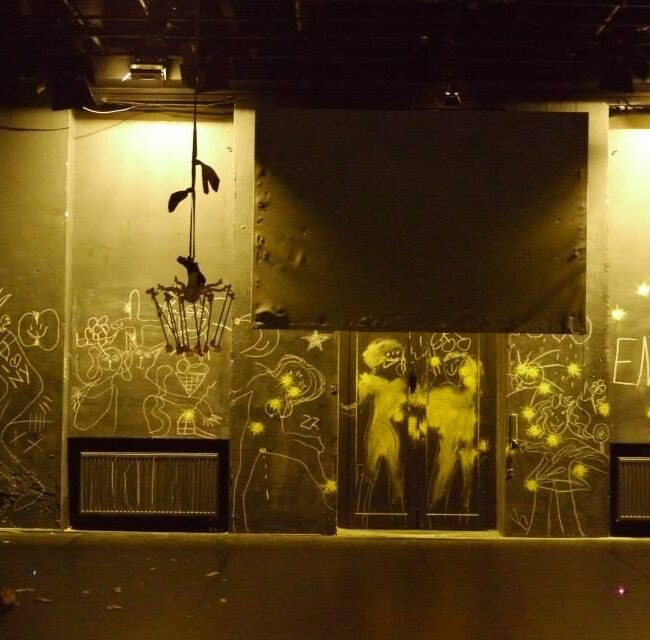 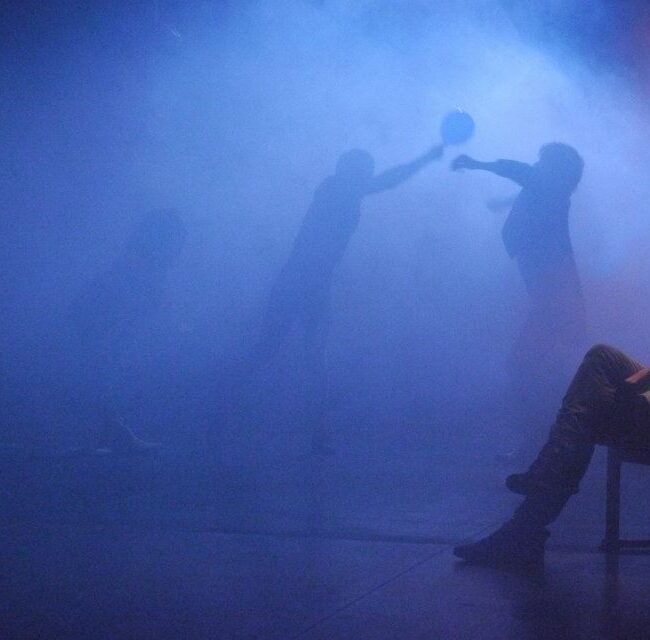 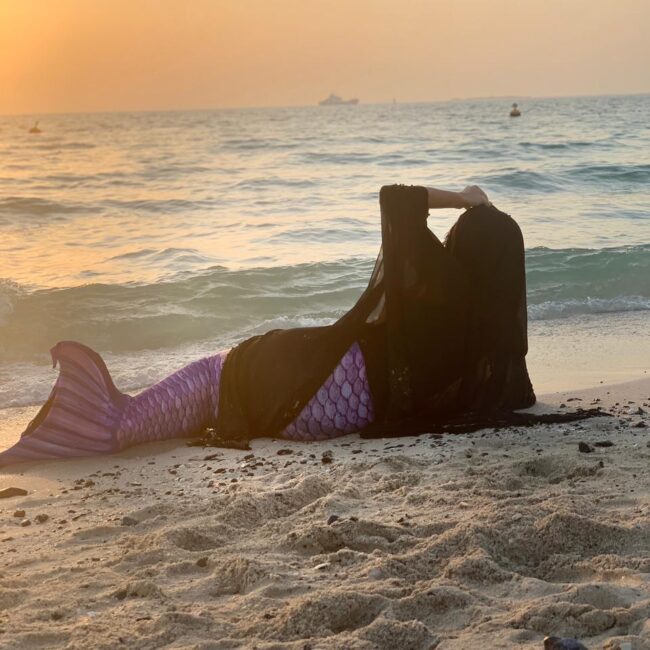 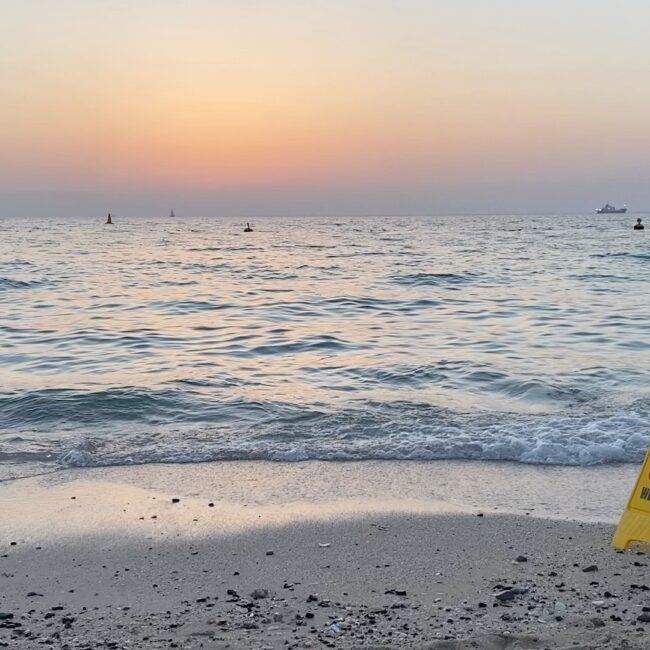 Tanween, founded in Damascus in 2009, is a theatre and dance company and an ensemble of several artists. Between Europe and the Middle East, TANWEEN has been producing several artistic projects, including text-based theatre, performances, installations, and community theatre. TANWEEN is also engaged in the area of cultural policies, and in addition to the international dance festival in Damascus (2009-2011), it has been initiating cultural activities on several artistic and social-political topics. The founders of TANWEEN, Mey Seifan and Ziad Adwan, also contribute to the academic fields, through teaching at theatre and dance academies, and presenting academic papers and talks at several publications and symposiums. The Dream Project and Mistakes in Theatre are among the many topics Tanween has tackled in its theatre and performance projects and in its academic researches. The Dream Project responded to the Arab Spring protests, when the radical political, social and psychological changes influenced the collective and individual subconsciousness. This in turn has changed the collective and individual expressions and behaviors. These changes became the seeds of various theatre and performance projects as well as installations, short movies, workshops and academic presentations. Mistakes in Theatre started as a Ph.D. thesis. The bifurcations of its functions and meanings were the concepts of several theatre projects and further academic research. The question the audience provoke ‘was it really a mistake or did the actors on stage pretended it?’ echoes the question of representing different realities on stage. The question of reality is extended to discuss mistaken identities, misrepresentations, misperceptions, ambiguity, theatre tradition and cultural stereotypes. In 2009, Tanween organised Damascus Contemporary Dance Platform (DCDP), the first international dance festival in Syria. The festival was interrupted in 2011, and TANWEEN founders fled the country and scattered between Europe and the Middle East. They reunited in Germany, and the company has expanded its network with several German and international theatre institutions and has been engaging in artistic projects, academic enterprises, support of Syrian artists and cultural activists, and contributions to cultural policies. 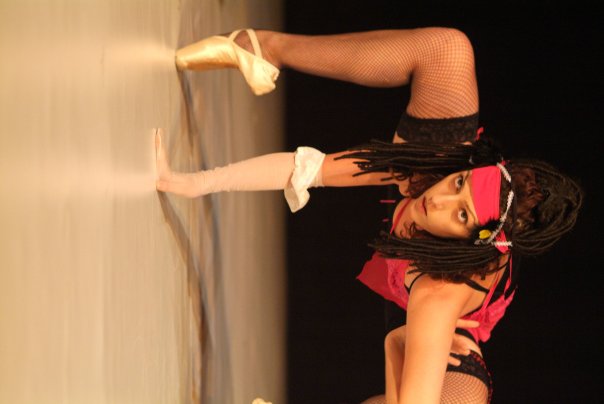 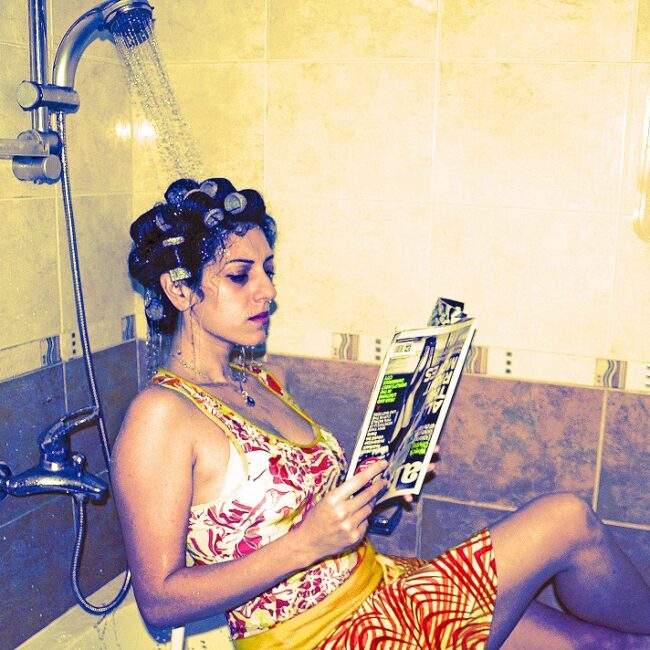 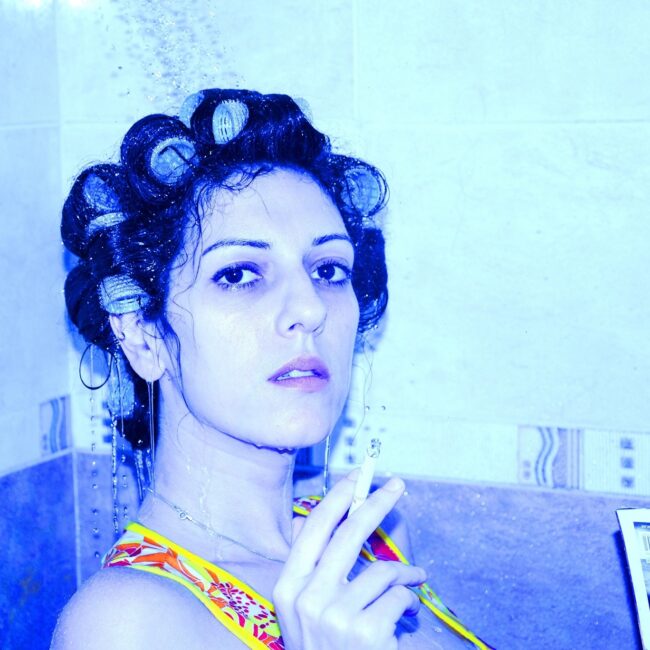 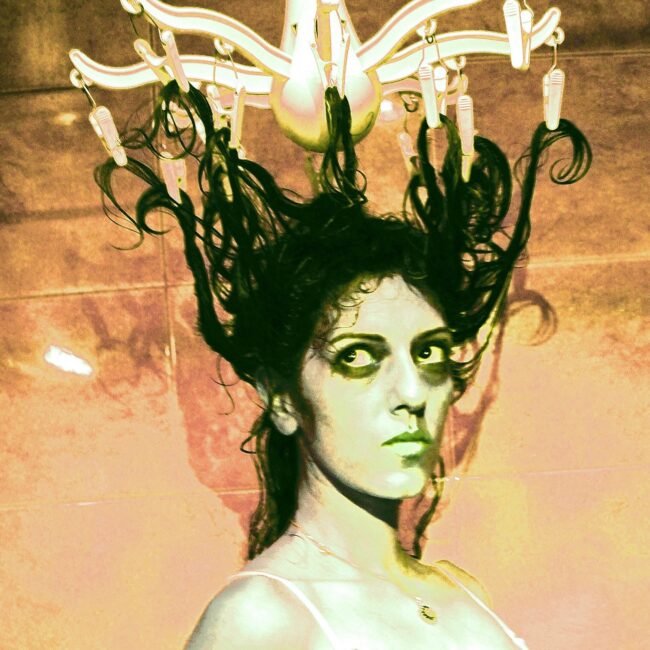 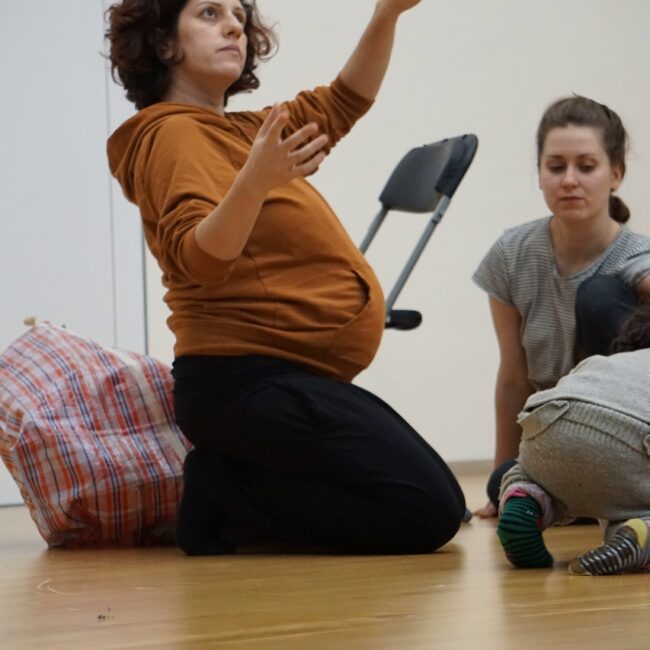 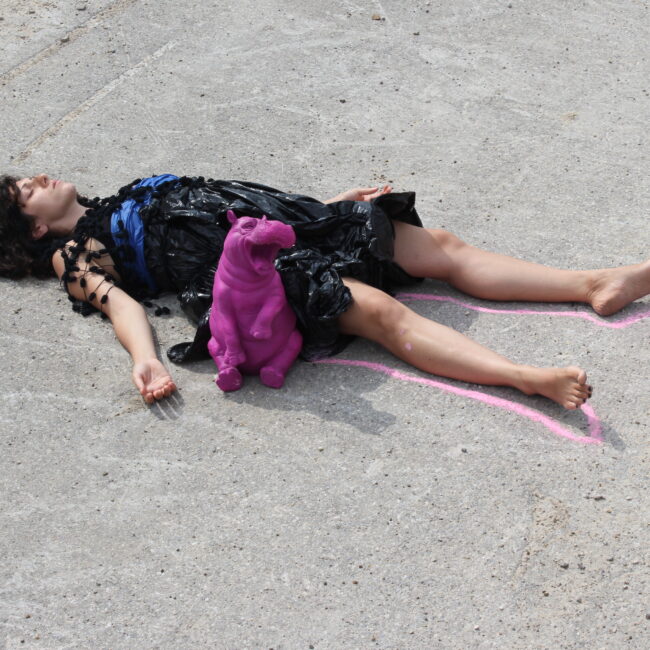 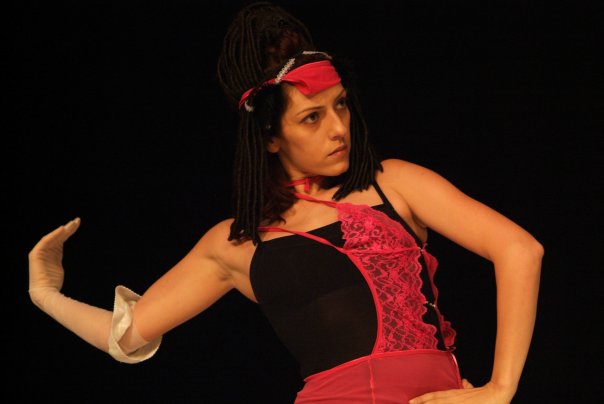 ‘My dear audience, we are sleeping! Do not applaud please, we are dreaming’ Networking is not only among people, but it is also a collective of different disciplines, presented at Mey’s works and projects. Mey’s works mingle science with art, activism with trauma, classical ballet with bare feet and bare stages, initiation of cultural and artistic projects with experimental performances. At the age of six, Mey joined the first group at the Damascus Ballet Conservatory in 1987. Later, in 1999, she moved to Germany to study at the Higher Institute of Dramatic Art in Frankfurt, then started an academic journey at the theater studies department at the LMU Munich, working on the body in political protests. Beside the academic engagements at various symposiums, Mey gives dance and movement classes at different academies and was a supervisor of the artist training program at the Berlin Career Collage of the UDK. Mey’s wide interest in various topics and cultural projects is manifested in The Dream Project. The project started as a documentation of the changing Syrian late-night dreams since the protests began in the country in 2011. The archive contains dreams by protesters, detainees, officials, refugees, artists, ISIS fighters, journalists and imprisoned soldiers. Later, the archive became an inspiration of different artistic projects, which include choreography, performance art, installations, short movies, and NFTs. The Dream Project is engaged also in the socio-political domains, especially when the archive reflects another sort of truth and what is really happening in Syria and with the Syrians. Mey conducted workshops on Lucid Dreaming and how to deal with individual and collective traumas. Along the years and after communicating the dreams in art events, lectures, and workshops at international platforms, it was striking to find that the Syrian dreams were not specifically Syrian. Similar symbols, objects, feelings, and means of expressions were found in other models of state of emergency, such as Nazi Germany and the Covid Pandemic. The archive widened and the projects multiplied with international artists working on international subconsciousness. In 2009, Mey founded the first international dance festival in Syria: Damascus Contemporary Dance Platform, which was part of a regional dance festival MASAHAT. The festival was interrupted in 2011, when the demonstrations launched in Syria. Yet, Mey’s administrational engagement continued, as she co-founded NESWA (New Empowered Society for Women Activism) in Berlin. She also co-organized several cultural activities, including German Dance Award: Symposium “Positions: Dance #4, creating access-diversity” and worked at Goethe Institute in Damascus till 2011, and then with other Goethe Institute projects in Germany. Mey is also a board member at The Regional Association of the Free Performing Arts LAFT Berlin, and in charge of diversity politics and policies at the Federal Association of Dance in Germany DTD.

Ziad Adwan Ziad’s works comprise staging theatre, academia and leading workshops on acting and writing techniques. After graduating from The Higher Institute of Dramatic Arts in Damascus in 1998, he moved to London and stayed there till 2008, working and studying theatre. He studied for an MA in Text and Performance Studies at Royal Academy of Dramatic Art (RADA) and King’s College in London, and then took a Ph.D. in Theatre Studies at Royal Holloway University of London; his thesis was "Mistakes, and Making Mistakes in Cultural Representations ". He taught Performance Theory, System of Rehearsals and Mask techniques at the Higher Institute of Dramatic Arts in Damascus/ Syria. Mistakes in theatre became central in Ziad’s artistic and academic work. Normally, the audience questions the authenticity of mistakes when they occur in theatre; ‘did the mistake really happen, or did ‘they’ make it up?’. The question of reality extends in most of his plays to explore the difference between The Truth and The Believable. In the context of the current power imbalance in politics and arts, mistakes and pretending mistakes associate the question of reality with the topics of misrepresentations, misperceptions, cliches, stereotypes, and artistic and political expectations. Are these stereotypical and inferior events made up by ‘them’ or are they really real? Ziad is affiliated with the ERC (European Research Council) project Developing Theatre: Building Expert Networks for Theatre in Emerging Countries after 1945 at Ludwig Maximilians University (LMU) in Munich. His papers explore theatre as an institution in the Middle East and the Arabian Gulf, covering aspects of theatre developments such as theatre academies, individual and governmental initiatives to disseminate theatre, purpose-built theatre houses, national theatres, festivals and drama periodicals. He also contributes to academic projects on performance theory and intercultural theatre. Ziad publishes articles in various newspapers and magazines in Arabic and English. He also acted in European and American film productions. Ziad was the artistic director of Invisible Stories, a series of street theatre events that took place in different places in Damascus. He runs different workshops on writing and acting techniques, as well as other workshops with cultural activists. Ziad is also is a consultant at Mamdouh Adwan Publishing House. 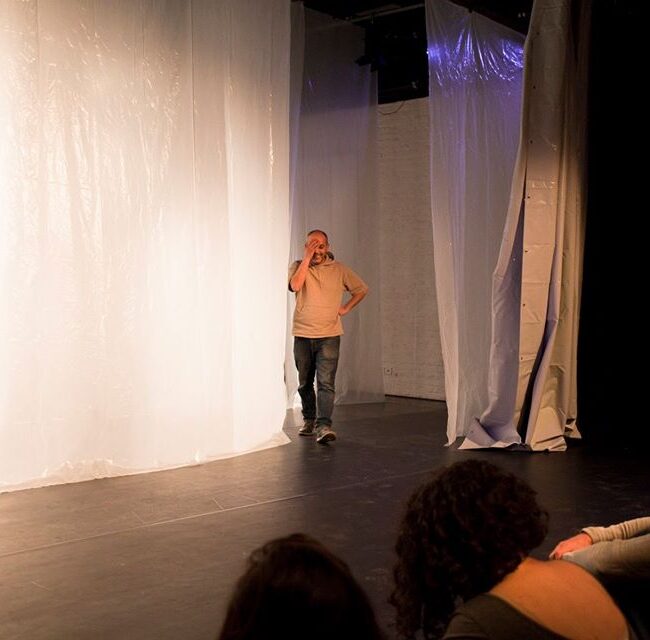 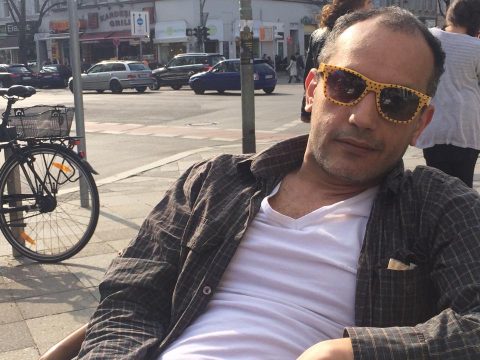