When activists are forced to scatter and to connect through their mobile phones and laptops, who among them knows what is really going on? Who possesses the truth and do values change according to where they are? How do fear, imagination, ambition and lies shape the truth? HomeWork explores the differences between the truth and the believable, in the context of activism and corruption. Activists, who never stop working, hide what they do to survive. Corrupt people, who never stop working too, boasts about what they do to survive. The play tells the story of an activist girl stuck alone in a city she does not know, and then meets a corrupt man. She lies all the time, and he believes her. He says the truth all the time, but she does not believe him. How can choices be made? Written and Directed by Ziad Adwan | Dramaturgy by Mey Seifan | Performed by Gizem Akman, Eneko Sanz, Mohammed Dibo, Ilker Abay and Mustafa Alkar | Stage Design & Costume by Amer Okdeh | Music by Saleh Katbeh | Lighting Design by Ghassan Hammash | Video by Alaa Hmedy | Light & Video Operated by Rafif Akafri | Graphic Design by Sulafa Hijazi | Assistant Direction by Zee Hartmann | Production Management by Peer Stark | Producer & Artistic Director: Ghassan Hammash Premiere: English Theatre Berlin September 2021 HomeWork is a production by Barzakh institution in cooperation with English Theatre Berlin | International Performing Arts Center. Supported by: Fonds Darstellende Künste with funds from the Federal Government Commissioner for Culture and the Media & Stiftung Preußische Seehandlung. 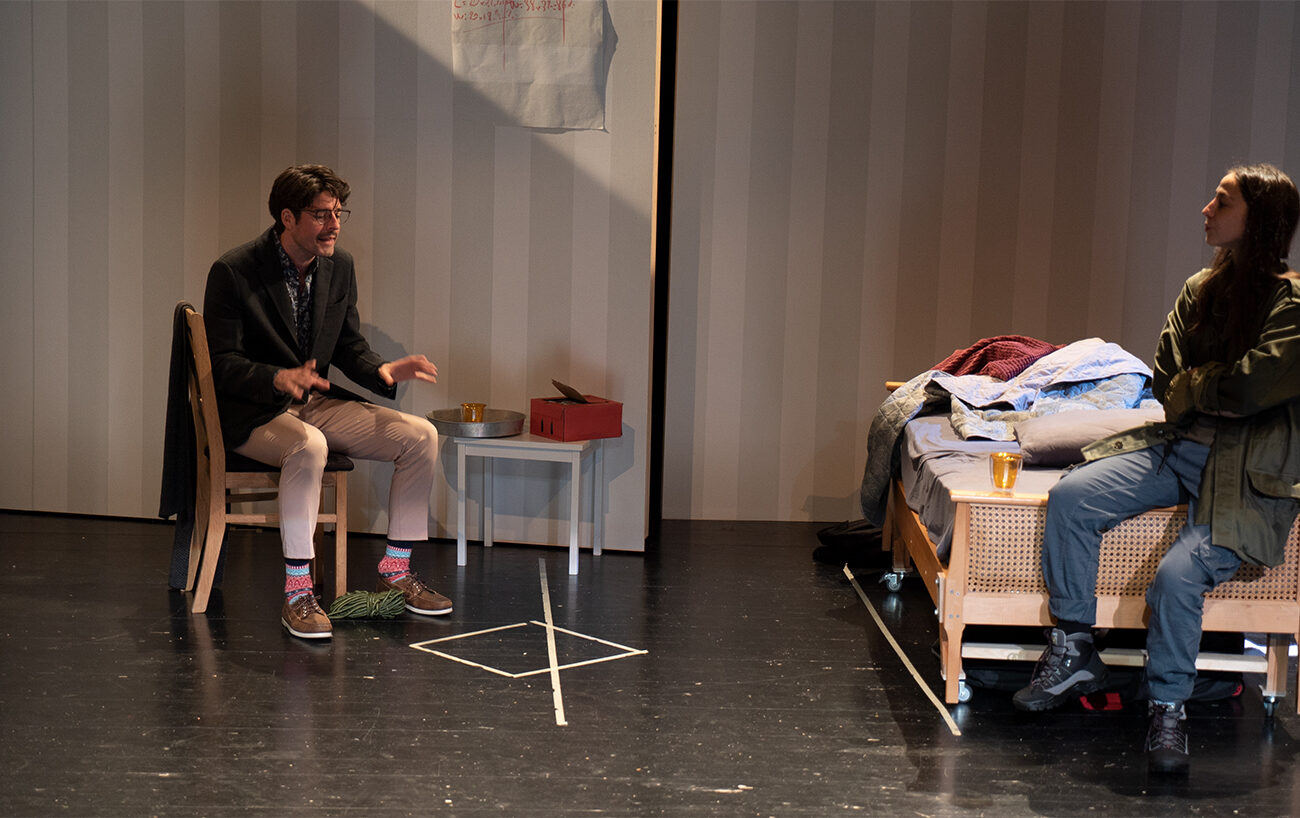 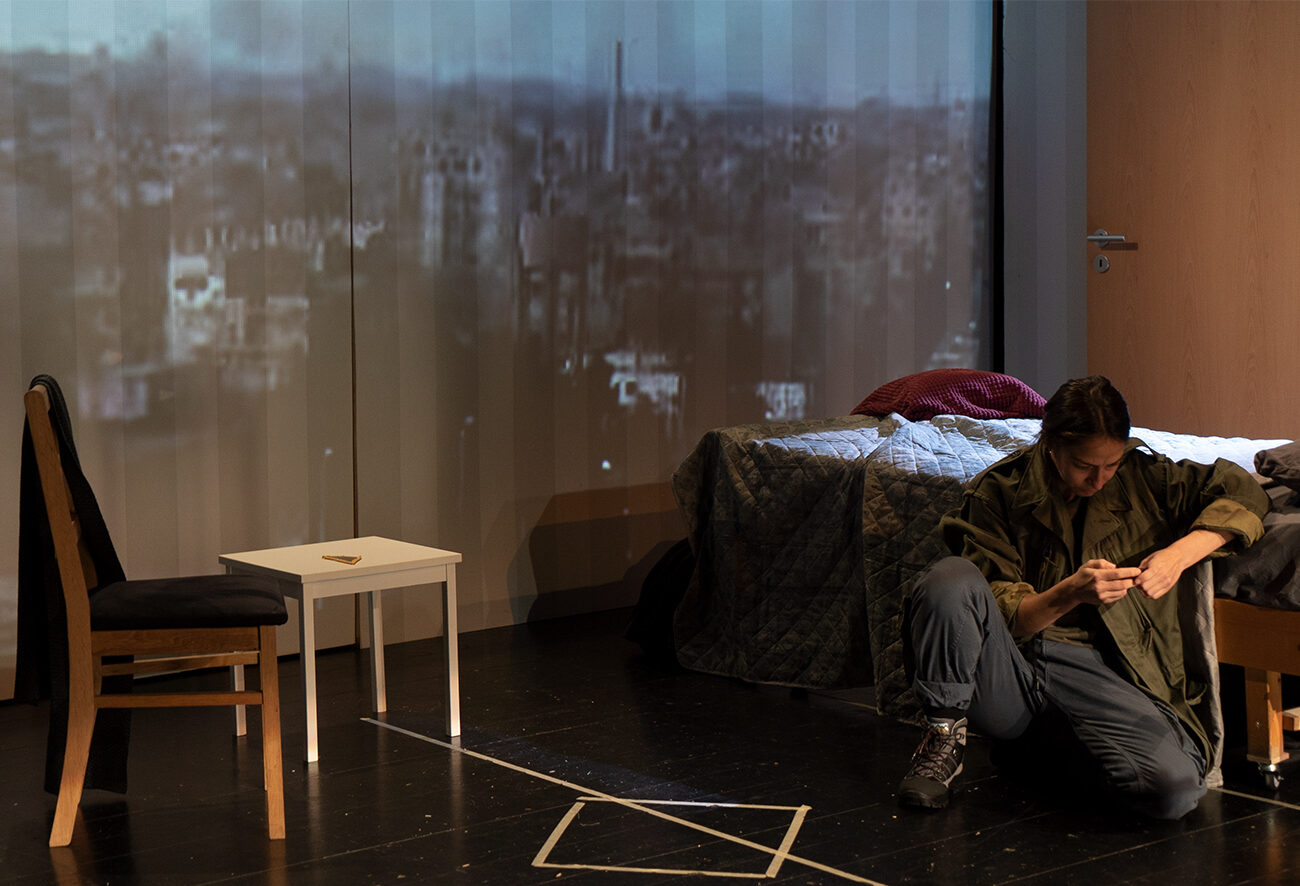 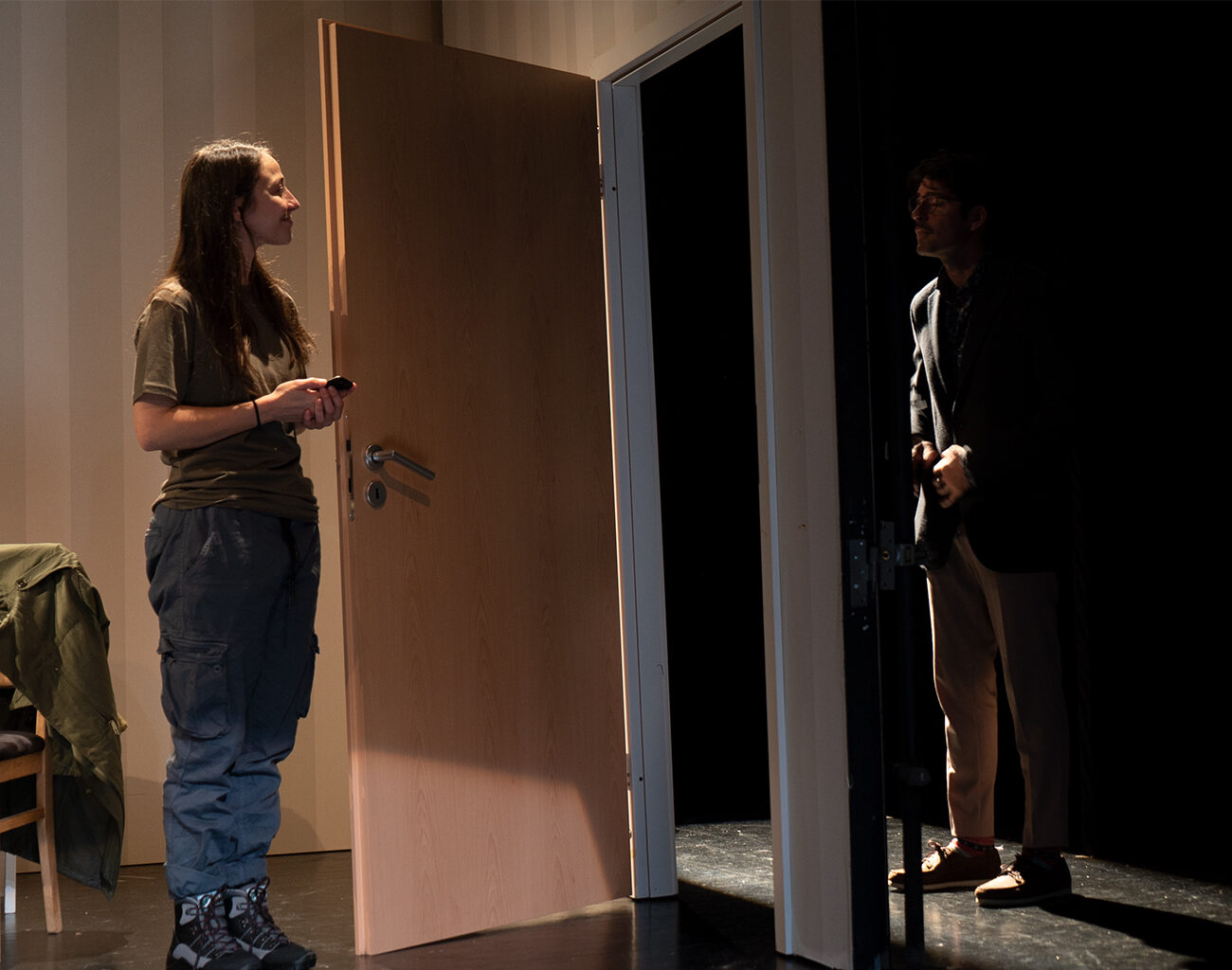 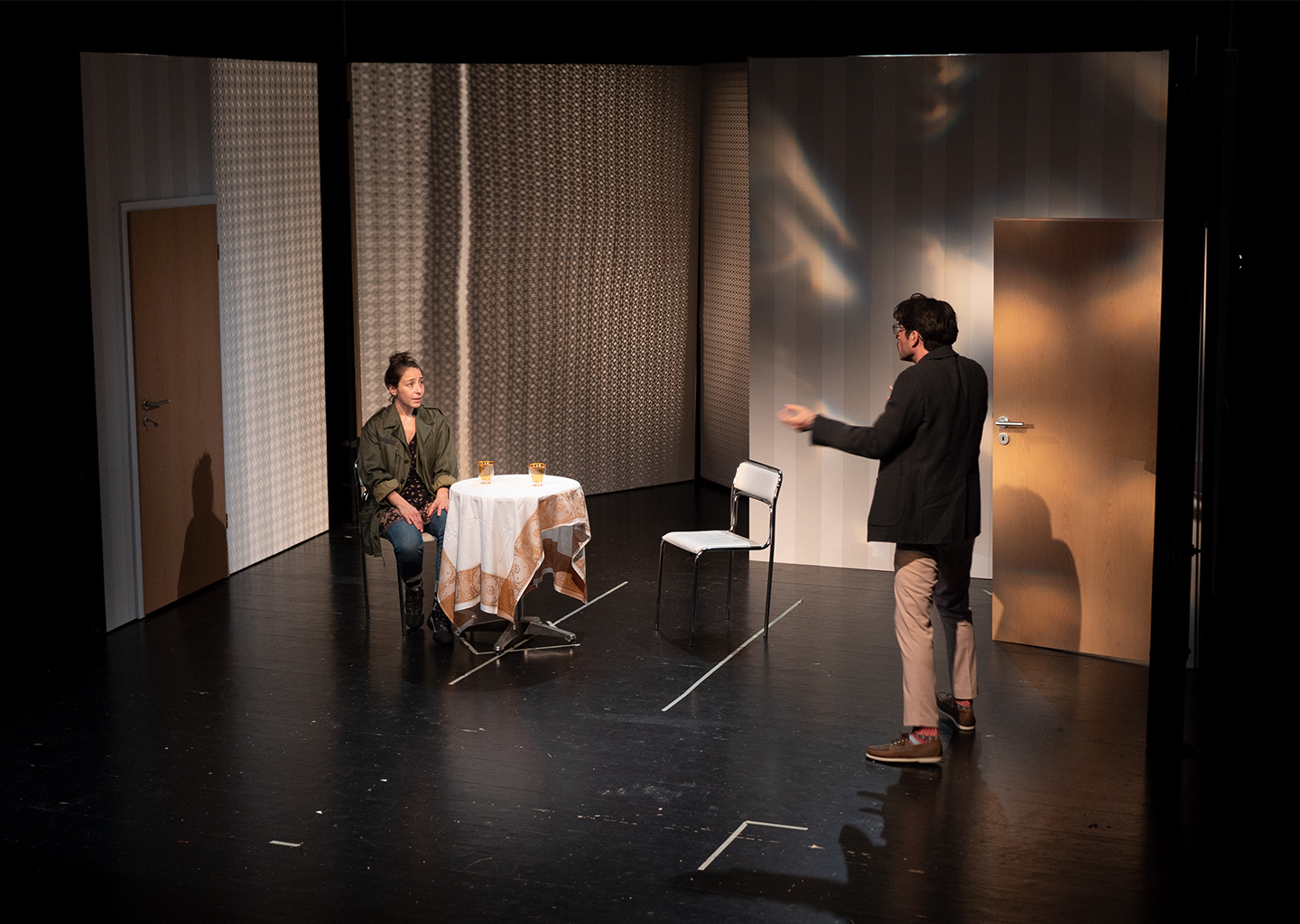 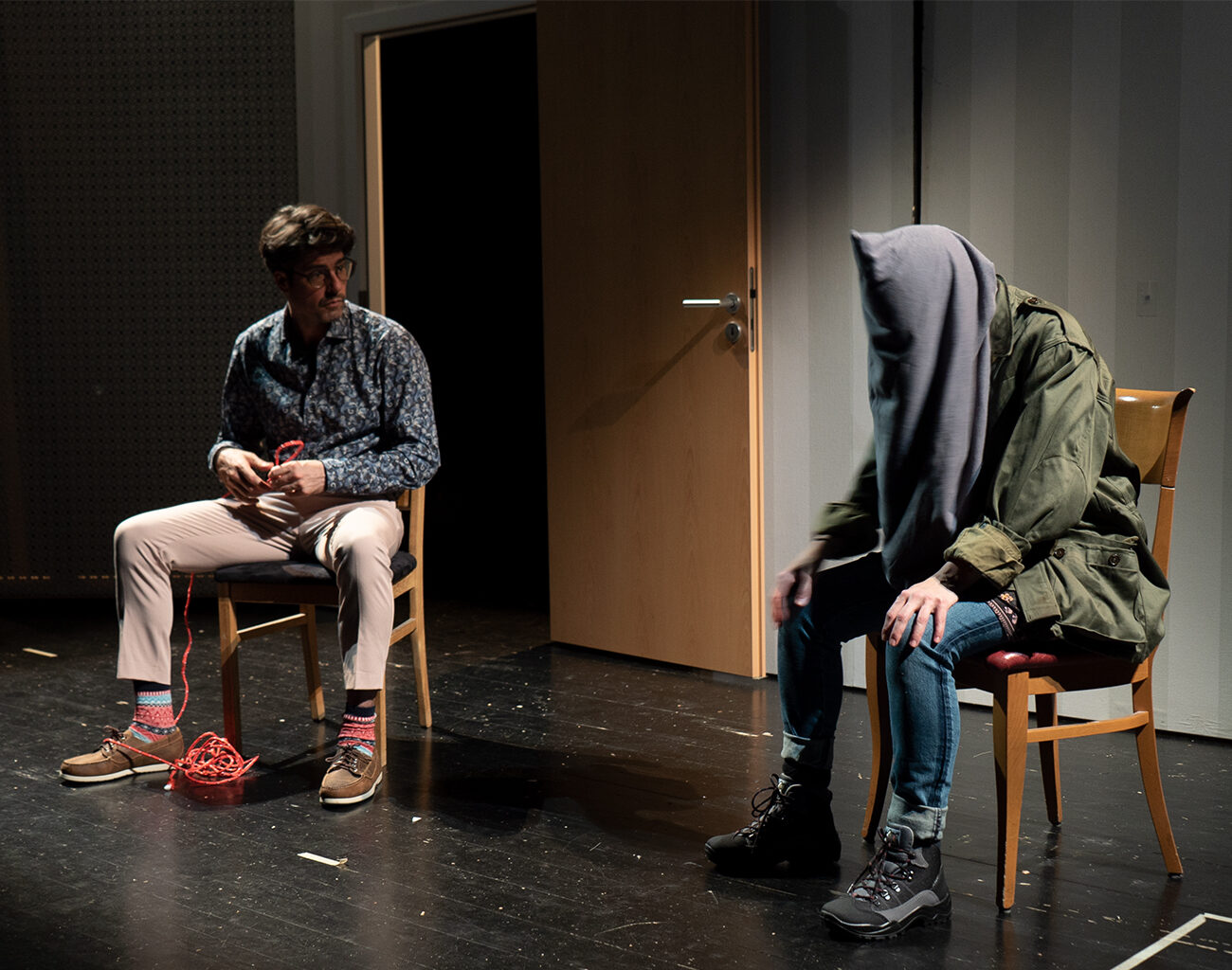 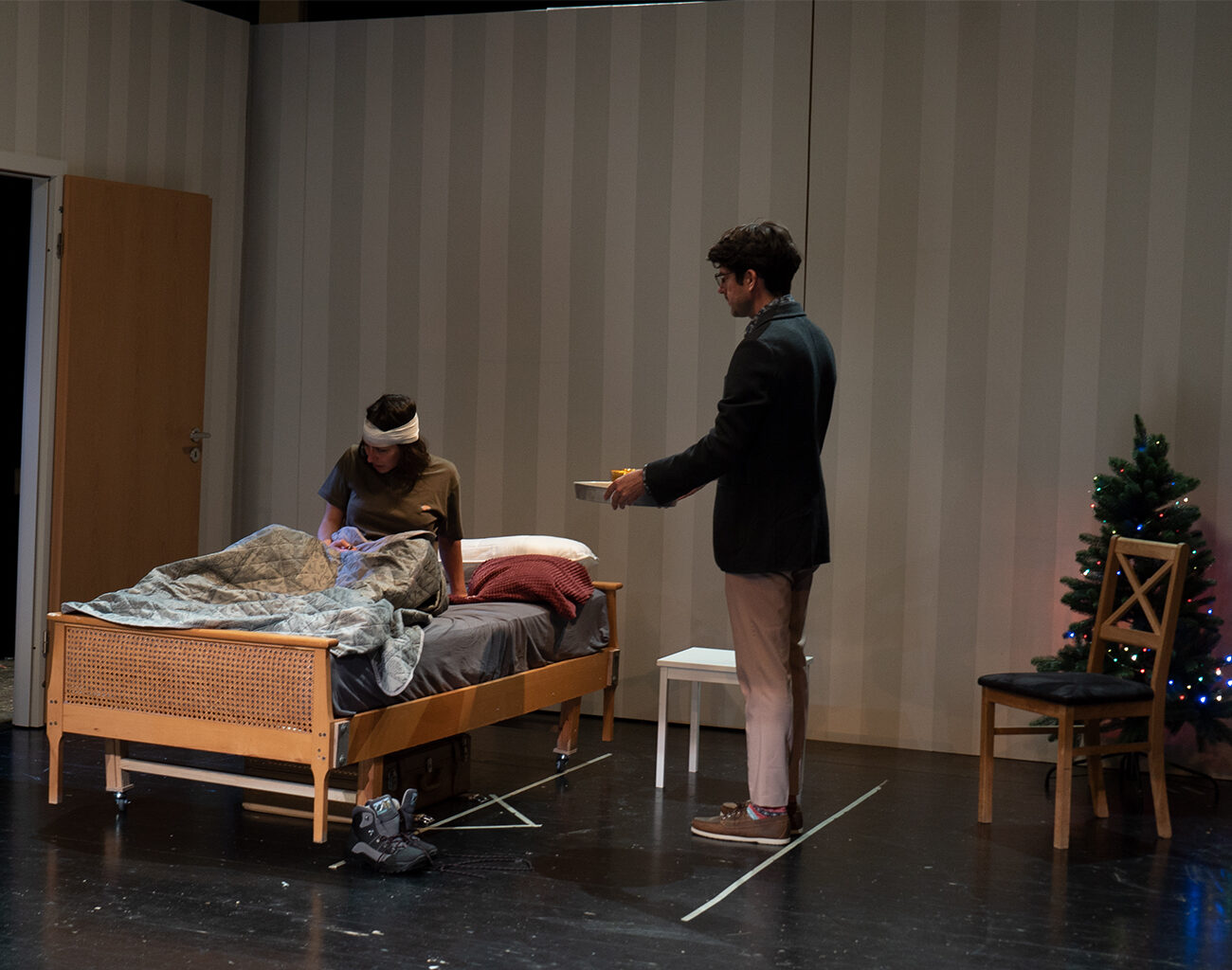 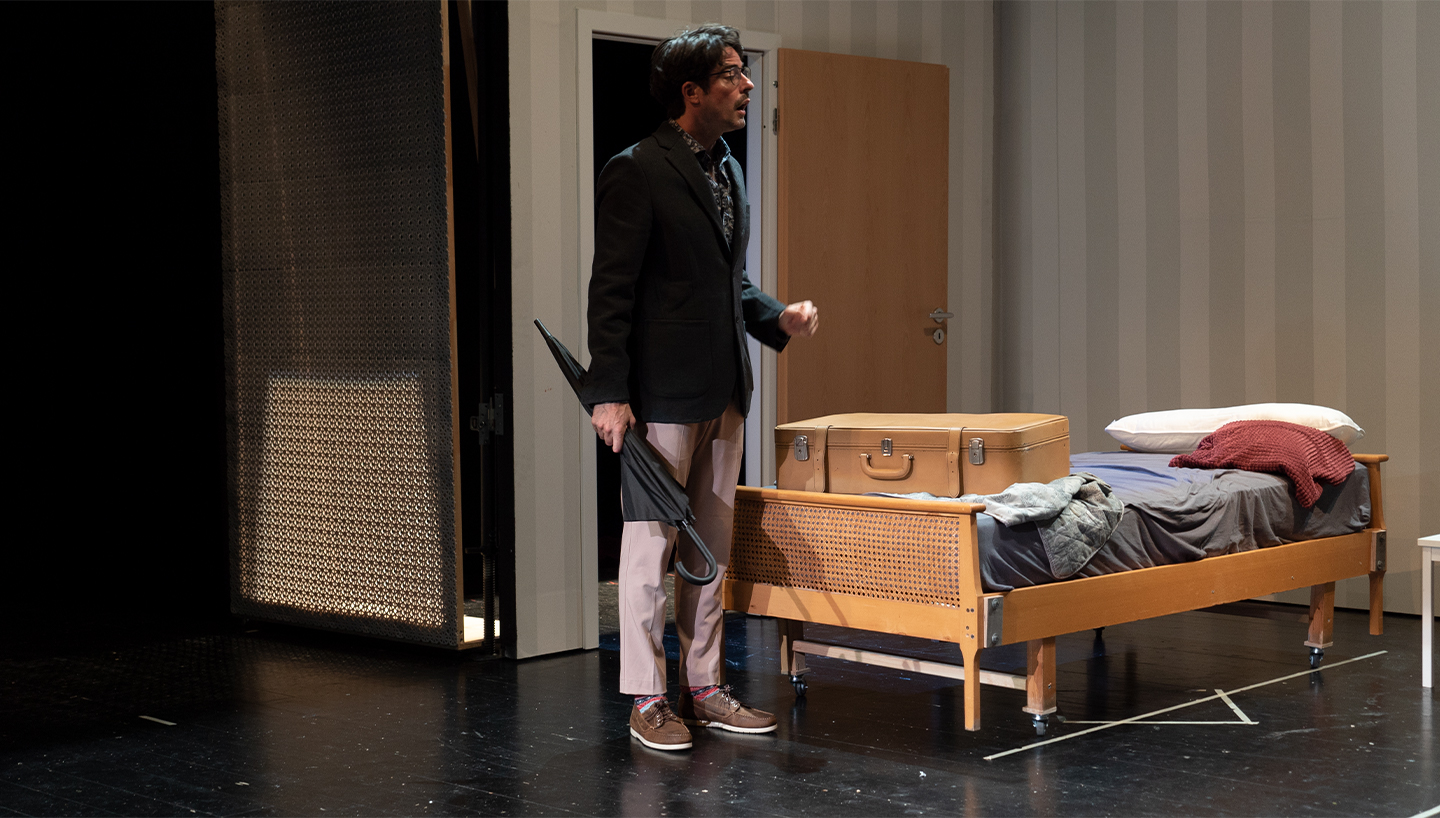 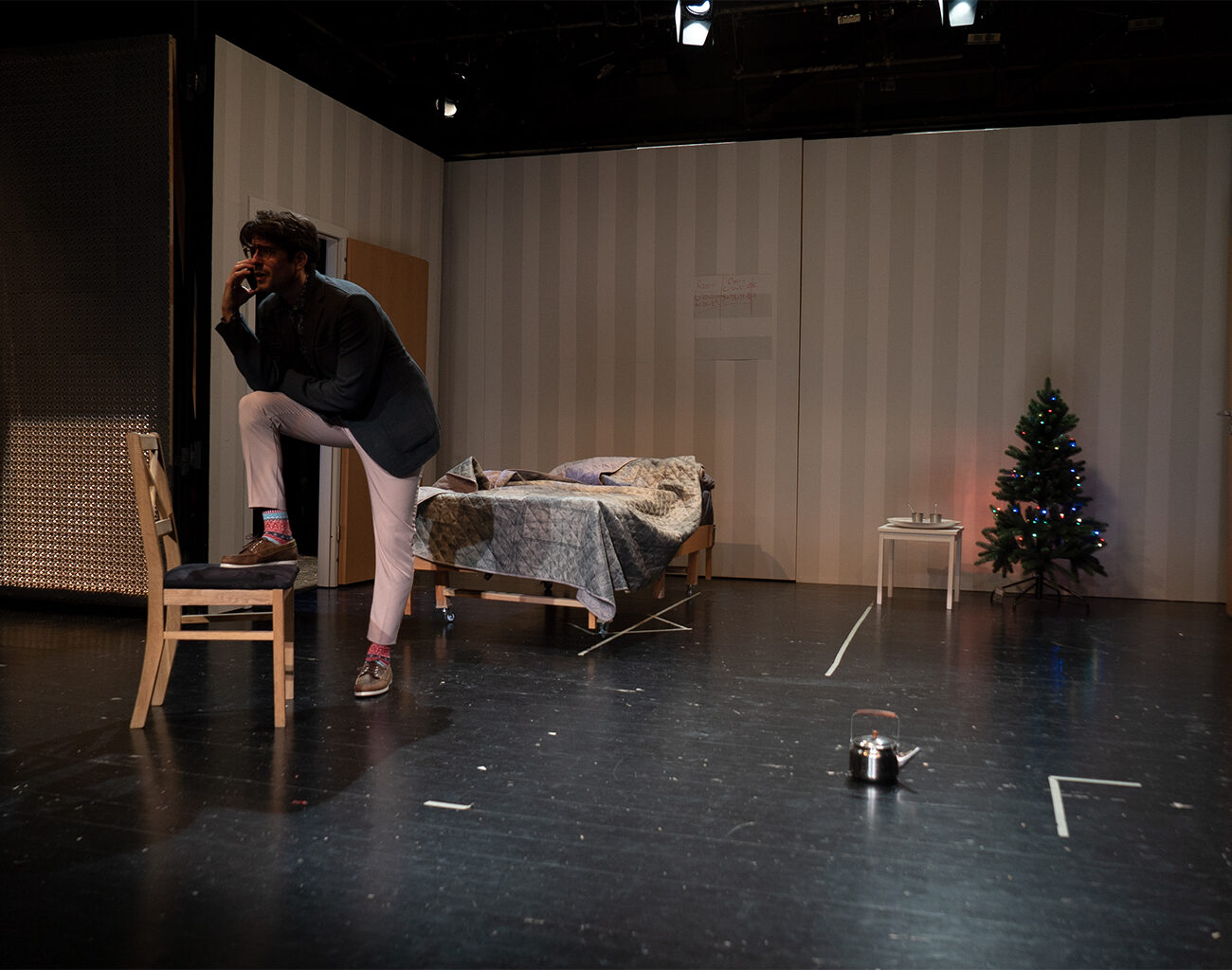 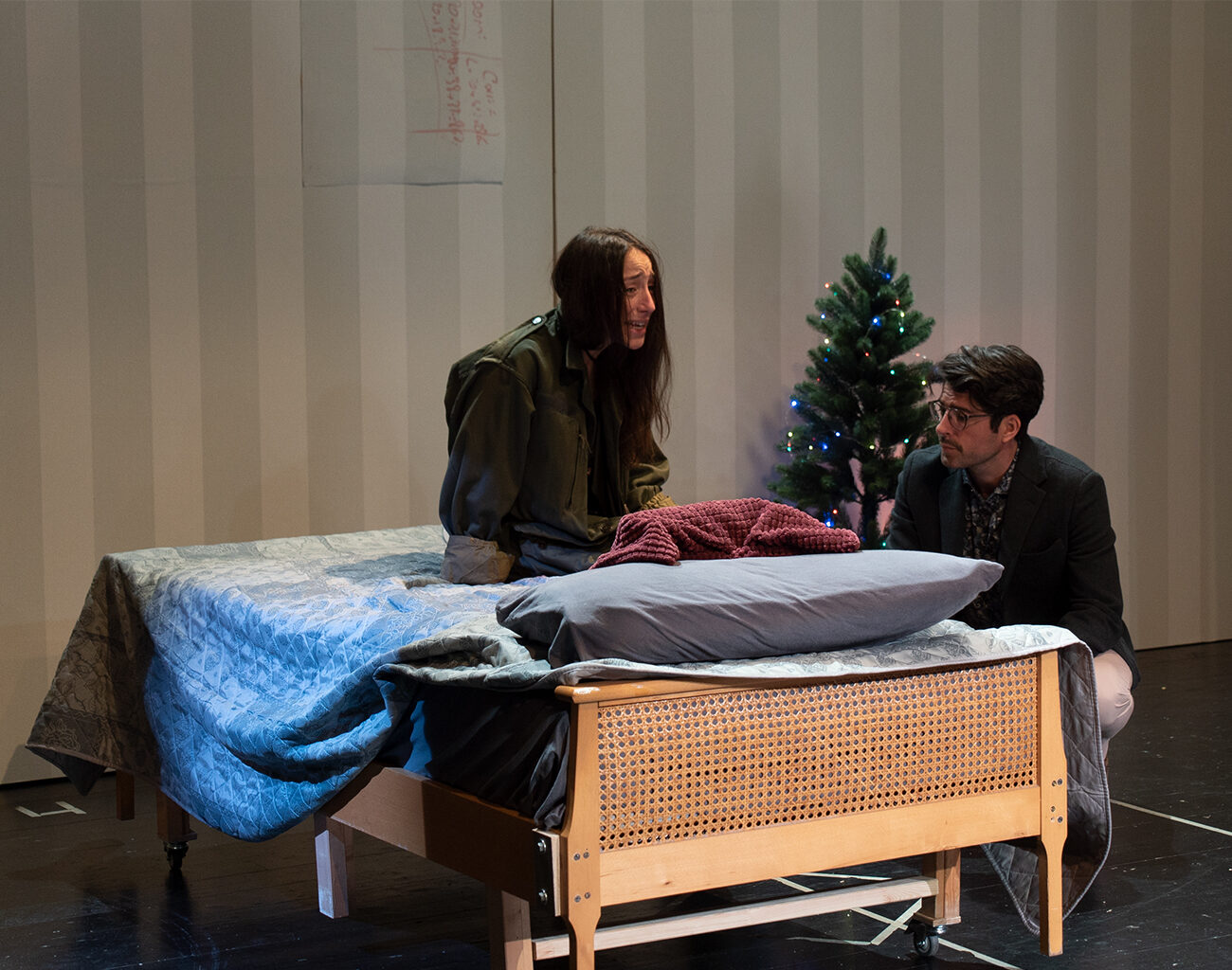 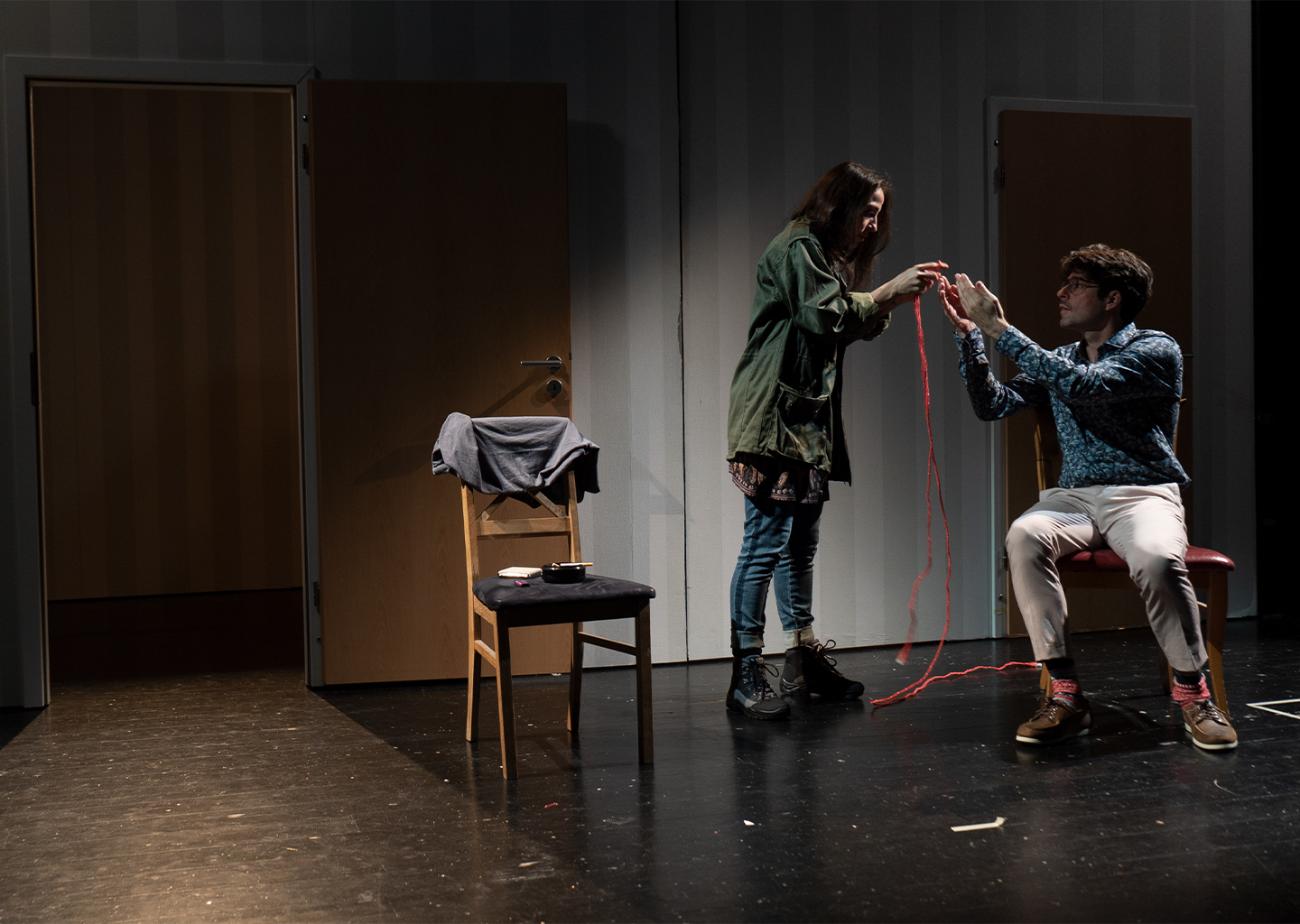 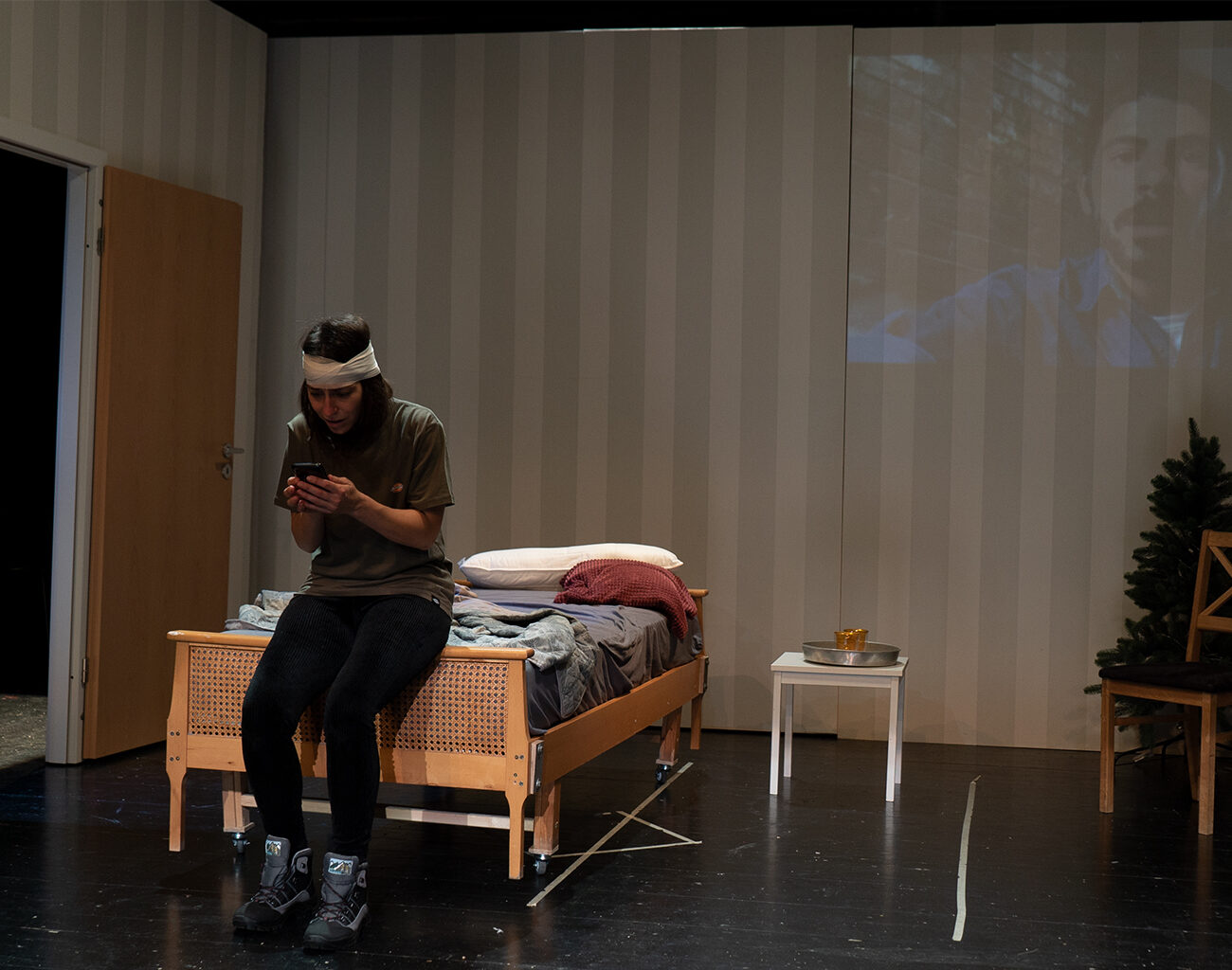 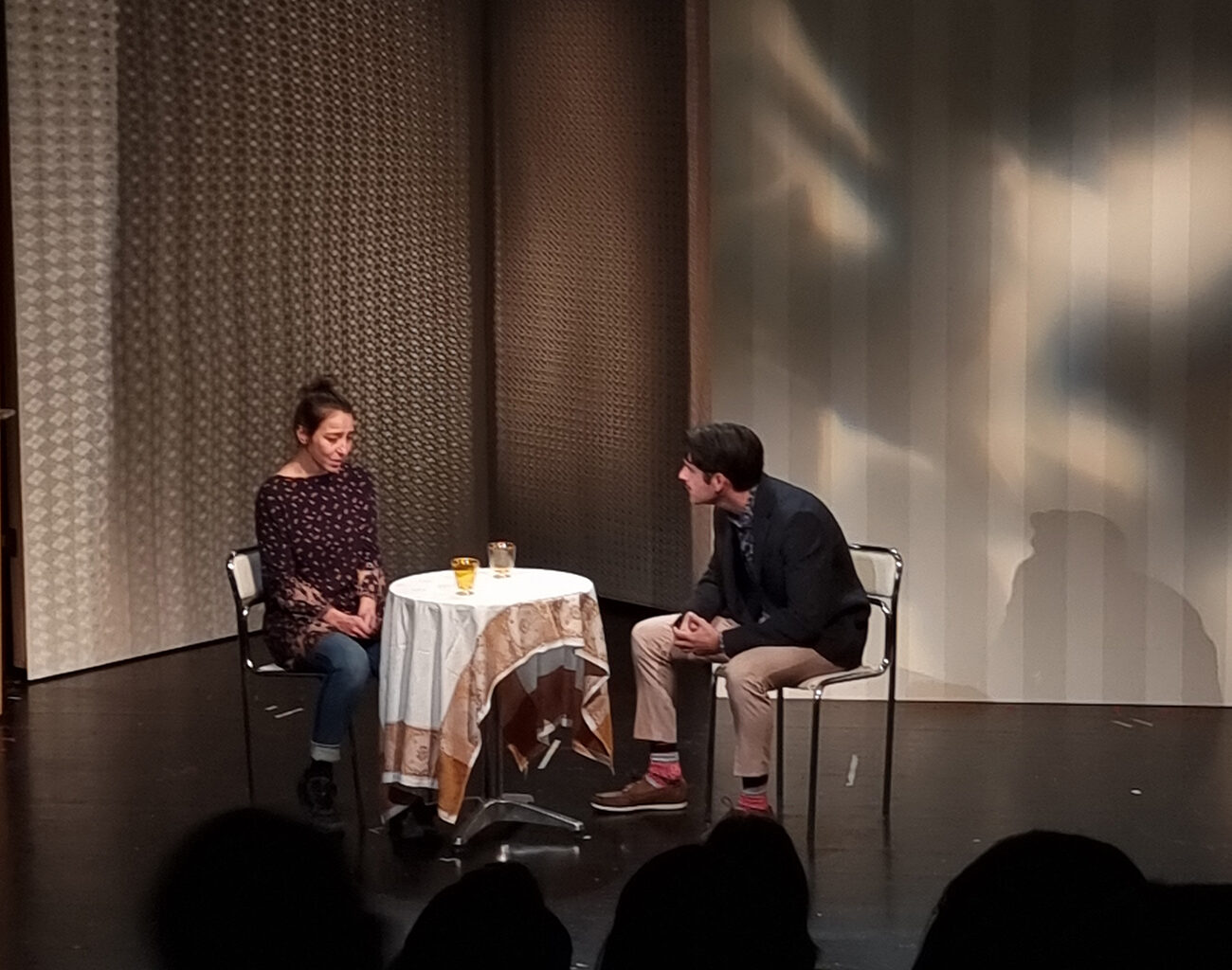 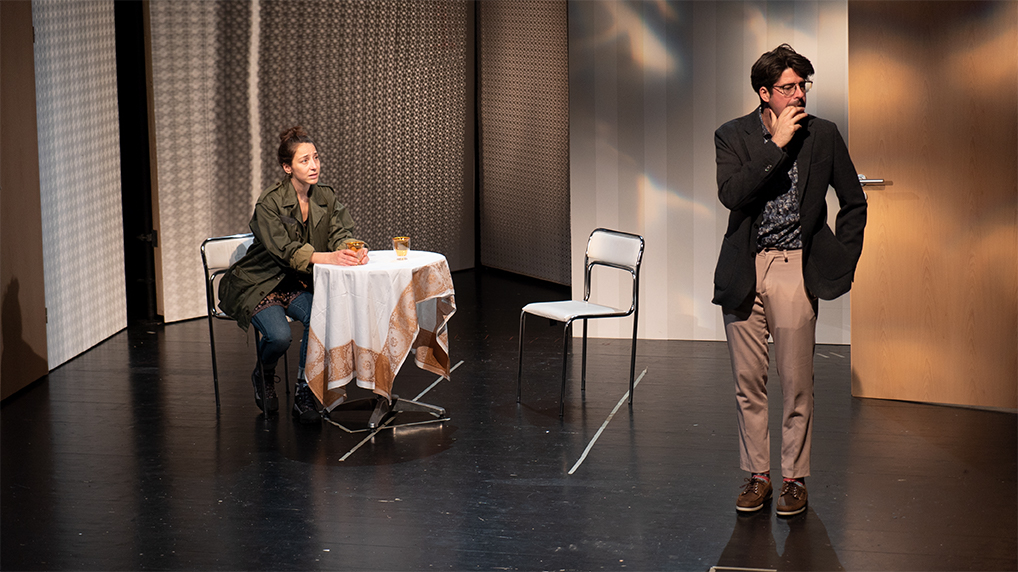